I'm going out and getting another prescription 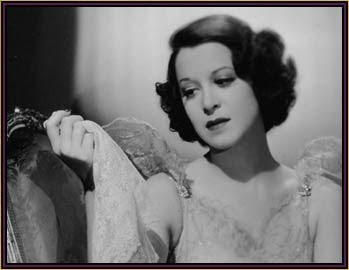 You would think that if there was anywhere in the modern world I stood some chance of feeling like I belonged, it would be in a packed repertory cinema showing a Marx Brothers movie. And so, for the most part, I do.
But my enjoyment of A Night at the Opera is always compromised by the knowledge that in just a moment Allan Jones and Kitty Carlisle are going to start singing Alone - and that it will get a big laugh from these people who really should know better.
.

Like all laughter at old movies it is not genuine but faked, and for the same reason - on the honest assumption that it is the correct thing to do. It seems to be an article of faith among Marx Brothers fans that everything in the films other than the actual comedy sequences are impositions, to be mocked or endured. I suppose they think this attitude is in some way true to the iconoclastic spirit of the boys themselves, wrecking the opera and tearing the coat tails of snobs.
If so, they are very wrong. I think the Marx Brothers would have been appalled at such rudeness towards showbusiness professionals.
But it is not just the usual philistinism that rankles in this special case: it is that this performance of this song is so very beautiful. You have to be an utter barbarian not to be charmed by it - unless, I suppose, you refuse to see and hear it at all. 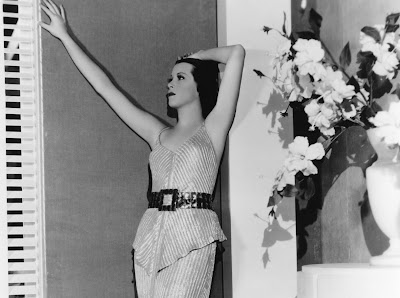 The Marxes never again, and never before, had a heroine quite as classy as Kitty Carlisle's Rosa. She is beautiful, quietly amused by the Brothers' destructive wit and horseplay without ever quite endorsing it or joining in, and her dignity is such that even they dare not attempt puncturing it. Groucho is clearly besotted with her, Harpo rests his head on her bosom for comfort after a beating. Even Chico is courteous in her presence (whatever he may be thinking).
Something of a theatrical legend, she only ever moonlighted at the movies, but it is as Rosa that we will remember her: provided we have the eyes to see her and the ears to hear.
.
(reposted from Movietone News)
Posted by Matthew Coniam 3 comments: