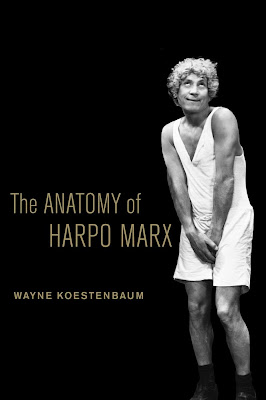 "The Anatomy of Harpo Marx is a luxuriant, detailed play-by-play account of Harpo Marx's physical movements as captured on screen. Wayne Koestenbaum guides us through the thirteen Marx Brothers films, from The Cocoanuts in 1929 to Love Happy in 1950, to focus on Harpo's chief and yet heretofore unexplored attribute--his profound and contradictory corporeality. Koestenbaum celebrates the astonishing range of Harpo's body--its kinks, sexual multiplicities, somnolence, Jewishness, "cute" pathos, and more. In a virtuosic performance, Koestenbaum's text moves gracefully from insightful analysis to cultural critique to autobiographical musing, and provides Harpo with a host of odd bedfellows, including Walter Benjamin and Barbra Streisand."
(- blurb)


"Wayne Koestenbaum is our Roland Barthes, updated, remastered, cleared for the pressure zone of American mythologies. Delicate and brave, discerning and outrageous, the meditations organized around the other Marx track unconscious byways and the remarkable turns of a highly personal investment. Startlingly original, Koestenbaum provides critical understanding with poetic acuity and breathtaking disclosure."
( - Avital Ronell, author of The Test Drive)

Updates, correspondence, this, that, the other 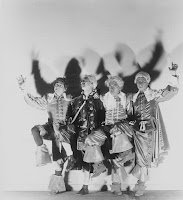 First of all: God Bless You, Bob Gassel for alerting me to the fact that the complete Incredible Jewel Robbery is now online.
With the exception of Story of Mankind this is it, it's the other Marx Brothers film, the only one, and for me the last one. Never again will I settle down to watch a Marx movie I've never seen before...
I'm still pressing for the DVD release: You Tube is all very well, but I'm into ownership and collecting and things on shelves.
You can see it just below this post, and I'd love to know what you make of it in the comments.

Ed Watz, author of the book on Wheeler and Wolsey and general man about classic comedy got in touch recently to say some very nice things about the site, make me jealous ("I saw Groucho's show at Carnegie Hall, May 5 1972, when I was 13"), and to suggest the ideal snack to accompany a glass of Ravelli Wine: 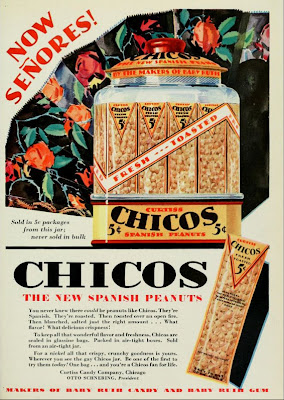 Diamond geezer Noah Diamond looked in to comment on my post on Groucho and pornography. His excellent comedy blog Noah's Comedy Palace is highly recommended: I'll be filching the sensational Hackenbush song restoration for my Day at the Races annotated guide, up next, but here's another of his amazing pieces of work, from the same source:

Wow, say I, and doubtless you're thinking much the same. I've no idea how long this sort of thing takes to do, because I've no idea how to do it in the first place. But if it was one tenth as laborious as it seems to this complete know-nothing then it is as impressive a piece of work as it is delightful. And he still finds the time to do a live show about the history of New York and write a load of leftie stuff about how Republicans are all jerks and things like that.

A reader called Roger - I think that's all the name I ever got out of the guy - dropped me a line on the subject of Irving Brecher standing in for Groucho in some later MGM publicity shots. It's one of those famous stories that gets taken on trust without much evidence to back it up.
Like him, I've always been struck by the fact that the chap in the photo most often used in support of the contention (by Glenn Mitchell, among multitudes) couldn't be more obviously Groucho if he was actually holding his birth certificate.
Roger, however, nominates this as a more likely Brecho: 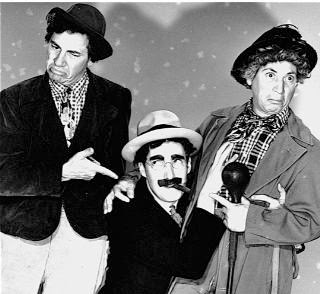 I don't know if it's Brecher or not, but it sure ain't Julius. And Chico and Harpo seem to be deliberately acknowledging the switch with their gestures and expressions. What do you think?

LA Guy quite rightly takes me to task for not incorporating readers' additions and corrections into my annotated guides - rest assured that this was the idea behind soliciting your opinions in the first place, and it is only laziness holding me back: I certainly will be continuing to update in the light of new information, so do please keep the comments and observations coming.

Damian writes with the following enquiry:

I'm currently reading Carter Beats the Devil a fictional story based on an early 20th century magician. In the story he joins a touring troupe, consisting of a variety of acts one of which is the Marx Brothers, performing Fun in Hi Skule. The brothers are used simply as characters who pop in and out of the pages, with Julius offering some wisecracking advice to Carter the magician while Leonard and Adolph spend their time either performing on stage, playing piano or playing pinochle. No mention of Herbert or Milton, but Minnie is there in full force too. Is this the only occurrence of the Brothers in fiction or are there others that exist?

Well, I've just discovered Ron Goulart's charming detective novels featuring amateur sleuth Groucho Marx, and I'll be doing a post on them soon. They're very nice little mysteries with lovely thirties Hollywood and New York backgrounds, and the excellent notion of having Groucho, in the lulls between radio gigs and the last few MGM movies, helping solve a few perplexing murder cases with just the right mix of irreverence and sharp observation. He's a bit like Columbo, in that he can get more out of a witness than more by-the-book investigators, simply because they are reluctant to take him seriously and so lower their guard.
More to come on these, but do any readers know of any other good fiction with Marx guest appearances?

Speaking of Marx fiction, long time friend of the site Ginger Ingenue has been posting some mind-boggling stuff on her blog Asleep In New York, currently hibernating again after an especially fine burst of activity. Read her Greetings From Vaudeville here: it'll change how you see the boys forever after.
She also dropped the following provocative hint, during a discussion of Chico's odd hat antics:

... drooling over Chico helps you notice these things. In fact, I noticed something in Monkey Business yesterday, but I'll never ever EVER in a million years tell a soul. Ha. Too funny: but proof where my eyes were.

Further interrogation yielded the information that the moment in question is in the top half of the film and involves the bottom half of Chico... but that's as far as she'll go.
First one to spot it gets a big juicy steak with no spinach.

Lastly, I'm not giving up in my quest for sexy Grouchos: Ginger tantalised me with the prospect of a photograph of her dressed as Chico, for which we're still waiting by the way, but all and any photographs of young women dressed as the Marx Brothers are welcome.

Now I'm going back into the closet, where men are empty overcoats.
Off to the races next.
Posted by Matthew Coniam 8 comments:

(with thanks to Bob Gassel)
Posted by Matthew Coniam 21 comments: